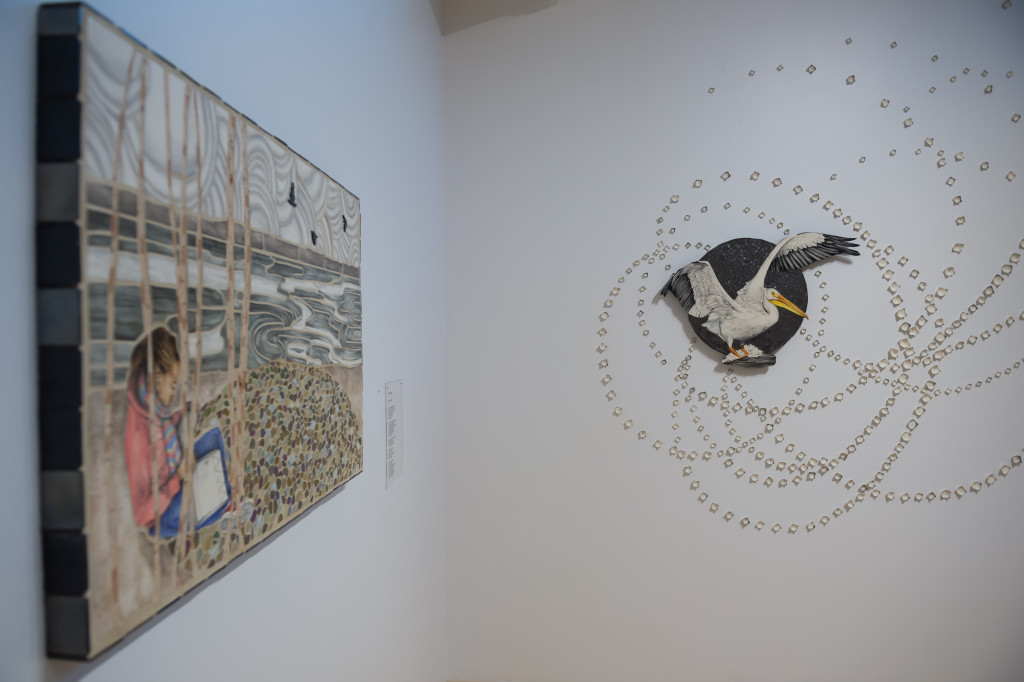 A couple of years ago, I was approached by a unique institution here in St. Louis called COCA, or the Center of Creative Arts, to show my work in their gallery. Since I typically work on permanent large scale installation pieces, I relished the challenge of creating work to fill this inviting gallery space that could be removed after a few months without also removing drywall.

After several brainstorming sessions with a number of people at COCA, a creative solution emerged that would ultimately combine my love of working with children with my ceramic work.

The project, entitled “Poetic Nature: Discovering the Audubon Center at Riverlands,” involved COCA’s Interchange Program which sponsored a residence program featuring a photographer, a poet, and a visual artist, (me), who all met with a special group of third graders from a University City, Missouri school. Each artist met with the children in their classroom to talk about observation skills and how they apply to the separate art forms. The skills learned from these sessions were applied to a visit to the Audubon Center at Riverlands near the confluence of the Missouri and Mississippi rivers. The children were each given the use of digital cameras and were challenged to collect “artifacts” as well as draw pictures and write poems based on their experience of the site. These inspiration materials were then given to me and became the basis for the exhibit. 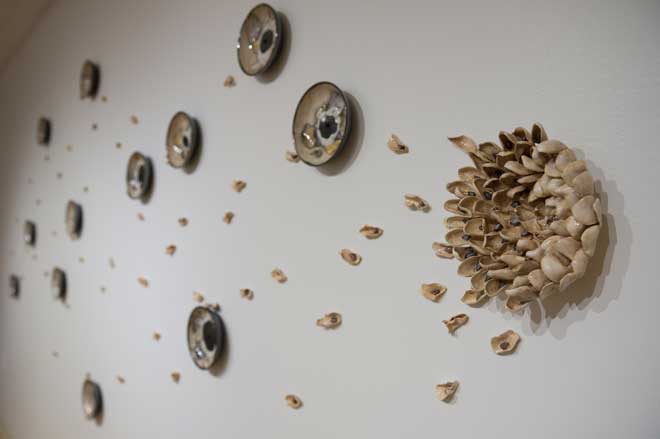 The show featured seven pieces that I created, each based on a specific poem written by a third grader. In responding to the challenge of weight inherent with the ceramic medium, I played with a combination of tile installed on boards juxtaposed with variations of small, individual clay pieces in an effort to create a sense of movement and lightness in contrast to the heavy framed tiles.

Ultimately, the show was an immensely satisfying challenge to how I think about my work. I was forced to move away from static murals to designing a show that maximized space while minimizing weight, all with the end goal of celebrating the incredible creativity of some gifted third graders.

17,755 thoughts on “Filling a Gallery Space: Creating a World of Tile”